Noname nonchalantly opens her latest project, Room 25, with the rhetorical question that, in essence, almost every female Hip-hop artist seems to ask at some point in their career. Noname, however, is not just any other female rapper. In fact, she’s not just any rapper.

Born and raised in Chicago, Noname, real name Fatima Warner, is a poet turned rapper who gained prominence through her appearance on Chance the Rapper’s Acid Rap mixtape in 2013. Along with Chance and other Chicago locals, including now frequent collaborators Saba and Smino, Noname honed her artistry as part of an eclectic Chicago poetry scene that went slightly under the radar due to the rise of Chief Keef and the culture-shifting Drill movement around the mid-2010’s.  However, a few years later, with a sound that transcends genres and refreshingly candour lyrics – Noname has begun to get her own shine from the celestial Chicago glow.

Having now dropped 2 projects, Telefone and Room 25, there is still something incredibly soothing about listening to a Noname record. On Room 25, her alias Phoelix commands majority of the jazz-inspired production. The docile loops of R&B and blues adjacent compositions complemented with Noname’s conversational delivery are at times almost hypnotic. The technical sophistication of her rhymes and narrative-driven verses means her music can cross over between both the rap purists and anyone looking to add a few tracks to their “Chill” Spotify playlist.

The 27-year old’s tender and honey sweet-sounding voice has often led her to being characterized as having “lullaby raps”, but her tone is around where the innocence ends. Noname takes her listeners on a journey with her, by candidly portraying her struggles and thoughts on every track. She flirts with themes of alcoholism and mortality, and on Room 25 she frankly opens up about her sexual experiences since losing her virginity, at the age of 25. However, unlike some other female rappers, the Chicago native explores her sexuality without being entirely driven by it. 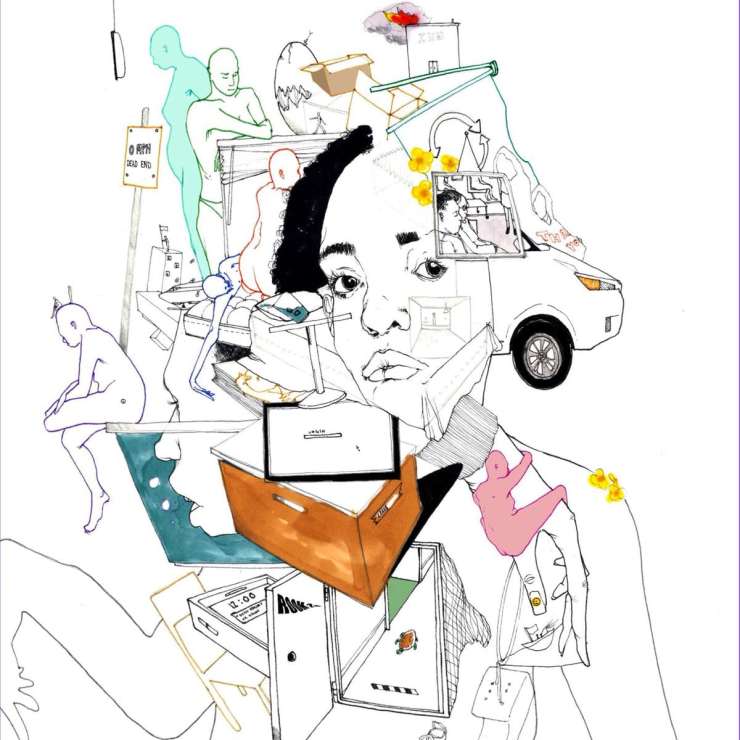 On Room 25, it is striking to hear how self-aware Noname is that it is her struggles and problems that have impacted and forged her fan base. On “Don’t Forget About Me?” she ponders whether her pains ascribe her cultural value and if it is her vulnerability about her personal issues that has enabled her cult following.

Noname almost passed out drinking / Secret is she really thinks it saves lives.

That lyric itself makes it one of the more, no pun intended, sobering points on Room 25. In light of Mac Miller’s passing, the song raises further questions around the responsibility of fans and listeners in appreciating music that is born out of struggle. And that is precisely why Noname is special. Despite the competitive nature of the Hip-hop industry, she is not abrasive or in-your-face, yet her lyrics are still able to throw knock out punches.

With the likes of the braggadocios Young M.A., Grammy-nominated Rapsody, or even the legendary Lauryn Hill – in contrast to most narratives about female rappers, there is and always has been diversity in female voices in Hip-hop, even if the Nicki Minaj’s and Cardi B’s seem to dominate all the headlines today.

Noname is unlike any of them. That is largely because she is just being herself. Without an elaborate promotional campaign, a plethora of music videos or interviews, Noname lets her music do the talking. She has gained her acclaim almost solely due to her musical gifts, an admirable feat in today’s social media climate. In fact, she even financed Room 25 herself through tour sales, and the authenticity is evident across the concise 31-minute tape.

Essentially, she is not the Cardi B antithesis nor does she proclaim herself as some uber-conscious female rapper.  As Hip-hop’s popularity continues to grow at a ridiculous rate, it is however important to remember that there is enough space for all kinds of artists to prosper. But, it is about time we give Noname a little more room.